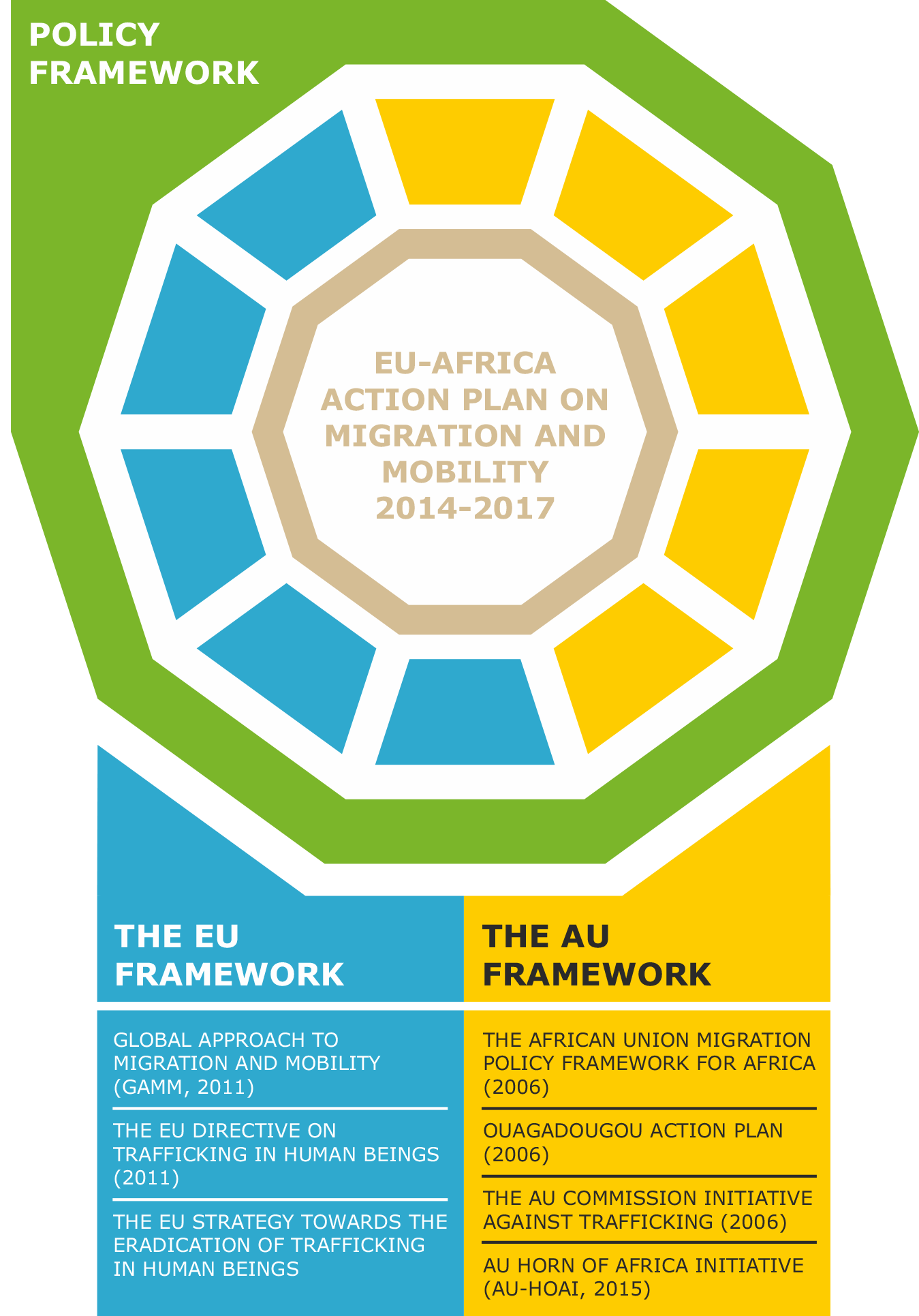 Building on African and European instruments

The migration dialogue seeks to harmonize the existing initiatives led by the African Union (AU) and by the European Union (EU) against trafficking in human beings and smuggling of migrants.

From the AU side:

From the EU side:

In addition, the Khartoum Process is anchored in the EU-Africa Action Plan on Migration and Mobility 2014-2017 and builds upon the African Union Horn of Africa Initiative (AU-HOAI) on human trafficking and smuggling of migrants launched by ‘core countries’ - Egypt, Eritrea, Ethiopia and Sudan - in 2014, in Khartoum, Sudan, and endorsed by the African Union in June 2015.

The Rome Declaration, adopted on 28 November 2014, establishes the groundwork for the Khartoum Process.

Priorities of the Dialogue are set as follows:

For more information on the European Commission’s approach to anti-trafficking please click here.