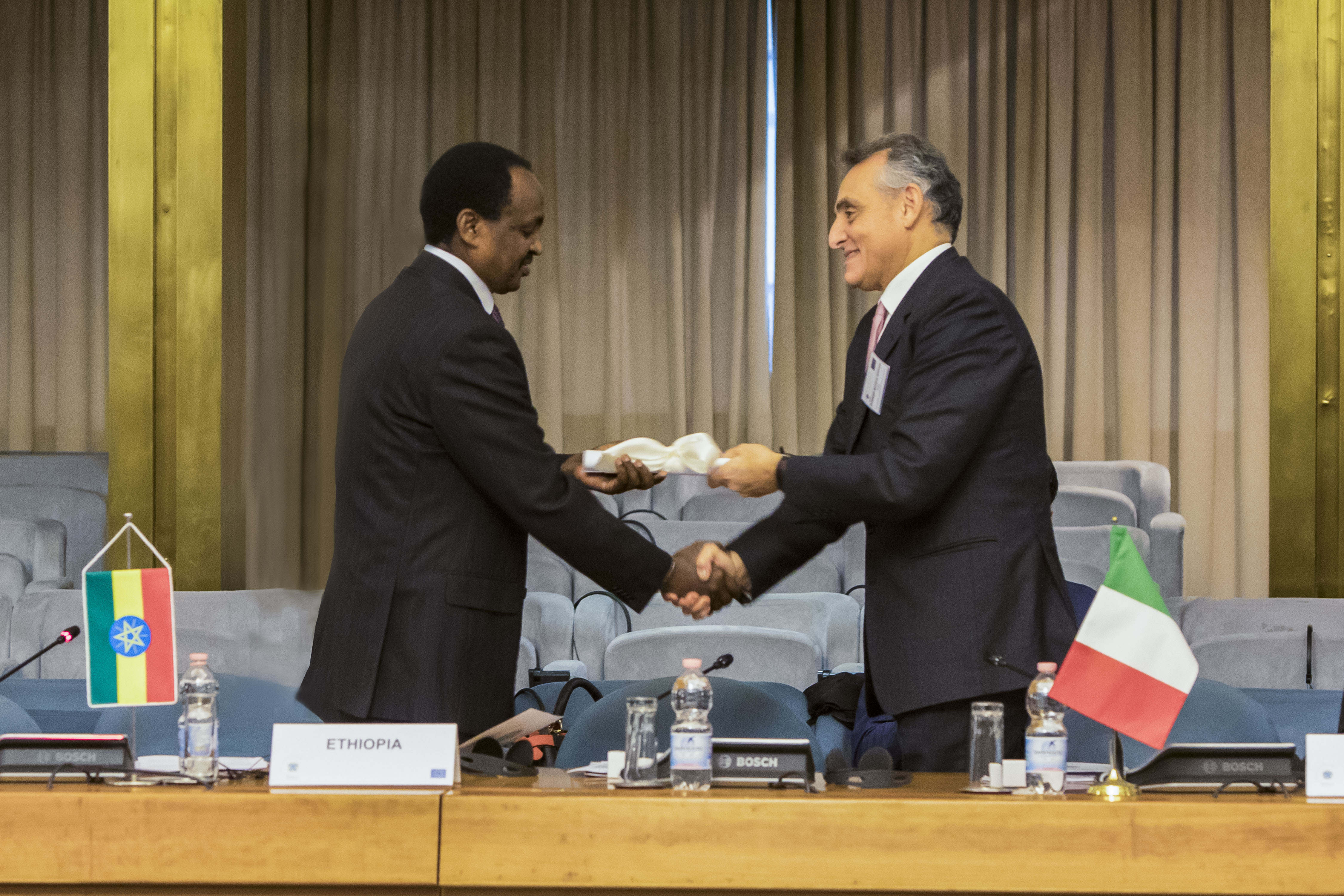 On 7th December 2017, Members of the Khartoum Process met in Rome, for the last Senior Officials' meeting of the year which solidified Ethiopia’s handover of its Chairmanship of the Process to Italy.

Italy made reference to the Rome Declaration, adopted at the Ministerial Conference in Rome in 2014, whereby the members of the Process agreed to assist participating states in tackling human trafficking and smuggling between the Horn of Africa and Europe. Three years later, those present again in Rome agreed on the need for an assessment of achievements to date, with a view to explore further paths of cooperation through a range of dedicated thematic meeting and trainings put forward as a rich programme for the year.

The new Chair also stressed the importance of regarding migration as a transnational phenomenon which as a result cannot be addressed by one state alone and therefore requires a high degree of coordination between the EU and AU as well as between European and African partner countries; both continents should work together towards common goals.

As well as a review of the Projects and initiatives under the Programme, the meeting more broadly looked to the preparation of the Joint Valletta Action Plan (JVAP) Senior Officials Meeting foreseen for the 2nd quarter of 2018. This meeting will, amongst other topic discussions, look concretely at the means of implementation of projects under the JVAP priority actions as its framework for follow up and review.