In 2019, the Khartoum Process continued the implementation of its mandate by further supporting the participating states in their efforts to prevent and tackle the challenges of human trafficking and smuggling of migrants between the Horn of Africa and Europe. The implementation of the mandate was supported, among others, through piloting a novel format of an activity, namely Regional Training Programme on Countering Trafficking in Human Beings.

Additionally, concrete examples of continued work include the expansion of the thematic focus, with the aim to systematically address the five pillars of the Joint Valletta Action Plan (JVAP). To this end, Thematic Meetings on labour migration, as well as on migration and development, with a particular focus on the role of diaspora, facilitated partners’ active engagement into a constructive dialogue on matters that have until 2019 remained unexplored in the framework of the Process. These meetings, co-hosted by Egypt and Portugal, and Eritrea and Switzerland, respectively, provided a platform for exploring new areas of policy development, bilateral and multilateral cooperation, and sharing of good practices. The activities have benefited from an increased participation and expertise of such stakeholders as civil society actors and private sector representatives. 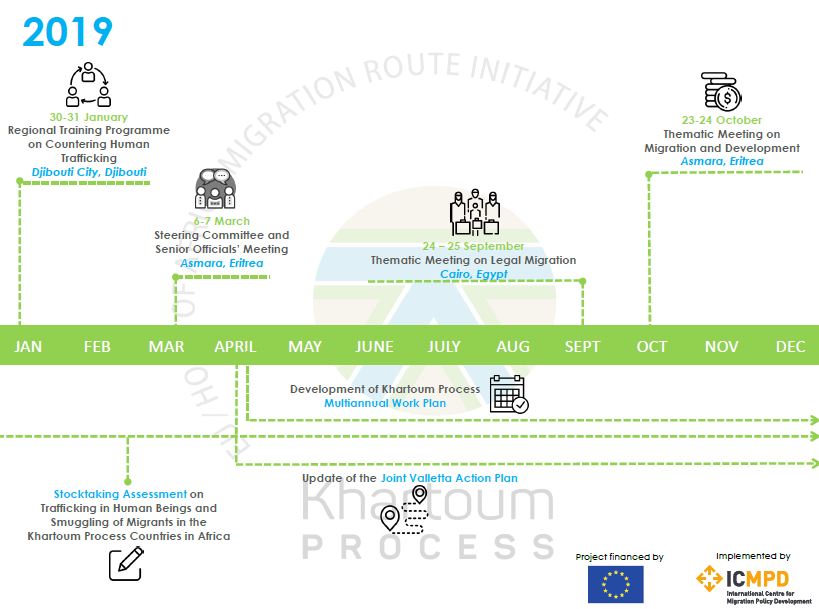 Two novel initiatives were launched in the course of the year. One aims at ensuring the continuity of the vision and action beyond the duration of a single Chairmanship, by means of introducing a Multiannual Work Plan format into the work of the Dialogue. The other is directed towards acknowledging recent policy developments, by means of identifying concrete elements for the update of the JVAP. Both initiatives will facilitate a due reflection of delivery to date and have a long-lasting impact on the work of the Process and beyond.