Between 18-19 September 2018, Sweden, together with Kenya as co-host, hosted the Thematic Meeting on the Protection of Women and Girls on the Move from Africa to Europe.

The 2017 Thematic Meeting on International Protection and Asylum in Berlin, Germany, explored the issue of protection challenges of populations on the move, with the conclusions of the meeting highlighting the need for further concerted action to address the specific protection challenges faced by migrant and refugee women and girls. Earlier this year, at the Thematic Meeting on Awareness-Raising Campaigns in The Hague, The Netherlands, delegates examined how sharing information with refugees and migrants can help reduce risks and facilitate access to services. 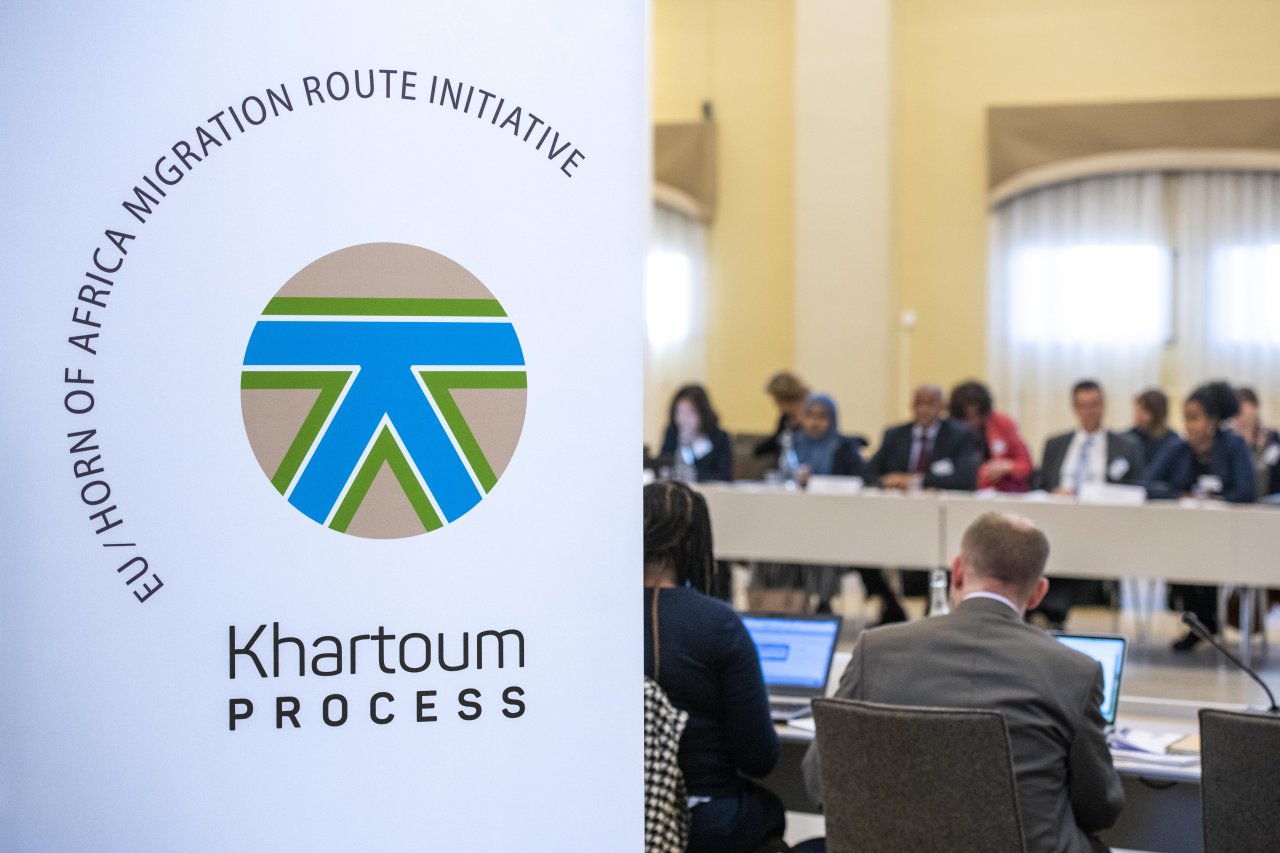 On 10th - 11th July 2018, the Khartoum Process (EU-Horn of Africa Migration Route Initiative) convened a Thematic Meeting on Law Enforcement and Capacity Building, which was hosted and chaired by Egypt and co-chaired by Italy. During the Meeting, the delegates shared their knowledge, experience and good practices pertaining to law enforcement responses to human trafficking, international police cooperation and investigation, as well as capacity building. To address these important issues, the first day of the meeting was dedicated to targeted presentations of good practices in the area of capacity building, international cooperation and law enforcement. 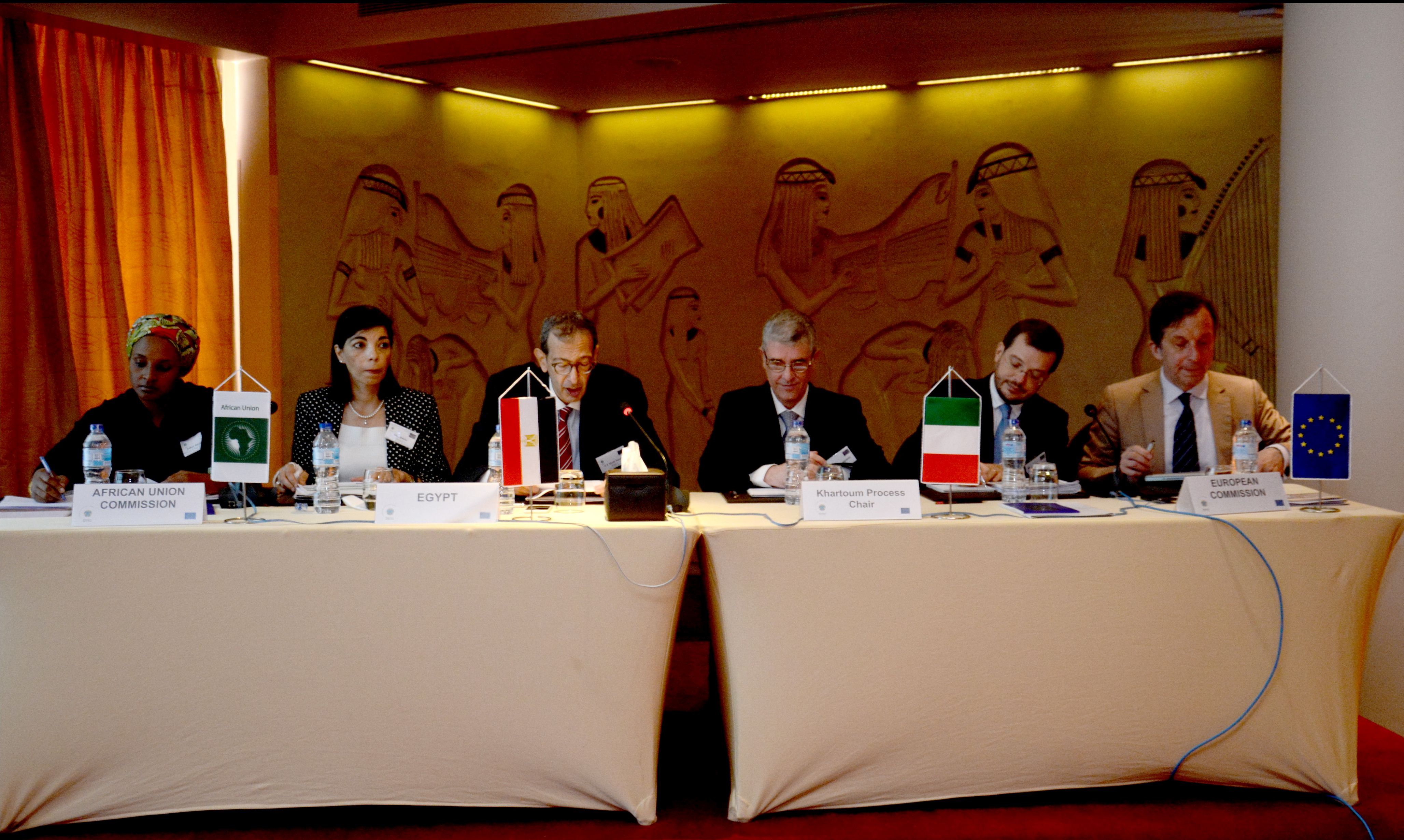 Following the Thematic Meeting on Awareness Raising Campaigns, hosted by The Netherlands between the 19th-20th of June, a series of videos have been produced to capture some of the content of the meeting. A number of speakers present at the meeting have agreed to summarise their views in a short video format.

In this first video of the series, Bram Frouws, Head of Mixed Migration Centre (MMC), talks about Mixed Migration trends in the Horn of Africa with focus on Eastern & Southern routes, and shares some thoughts & findings on risks, drivers, decision making, information sources and risk awareness.

The rest of the series will be made available in the Media section of the Khartoum Process website here.

Within the framework of the Khartoum Process, a Thematic Meeting on Awareness Raising Campaigns was organised on 19 – 20 June, in The Hague, Netherlands. The meeting, hosted by The Netherlands and co-hosted by Ethiopia, brought together representatives of Khartoum Process Member States as well as a wide range of practitioners working with INGOs, NGOs and social enterprises active in the field of migration management. The meeting was centered on the issues of impact and effectiveness of awareness raising campaigns and how do awareness raising campaigns fit in the broader context of policy coherence and whole of government approach to managing migration in countries of origin, transit, and destination. 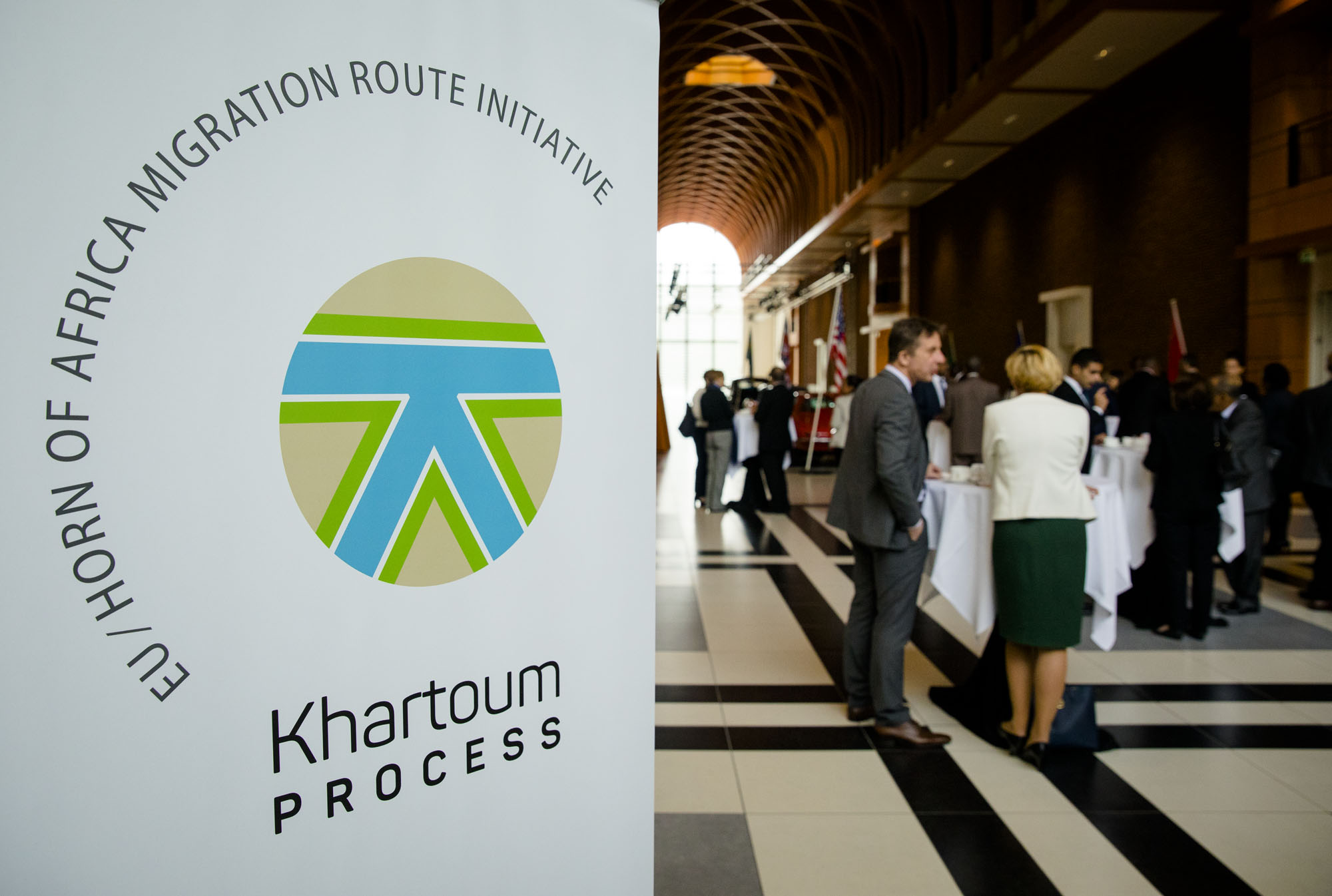 The Senior Officials’ Meeting (SOM) of the Khartoum Process took place in Nairobi, Kenya, on 8th May 2018, following a Steering Committee meeting, and was chaired by the 2018 Italian Chair of the Process.  The meeting was dedicated to the Khartoum Process state of play, an update on the related projects, and the implementation of Thematic Meetings’ Conclusions through a possible stock-taking exercise in the coming months. The roadmap to the 2018 Joint Valletta Action Plan (JVAP) SOM, which is scheduled to take place in mid-November 2018 in Addis Ababa, as well as the contribution of the Khartoum Process to this important meeting, were deliberated upon. The questions of governance, namely the future chairmanship of the Process in 2019 and the expansion of the Steering Committee, were addressed. 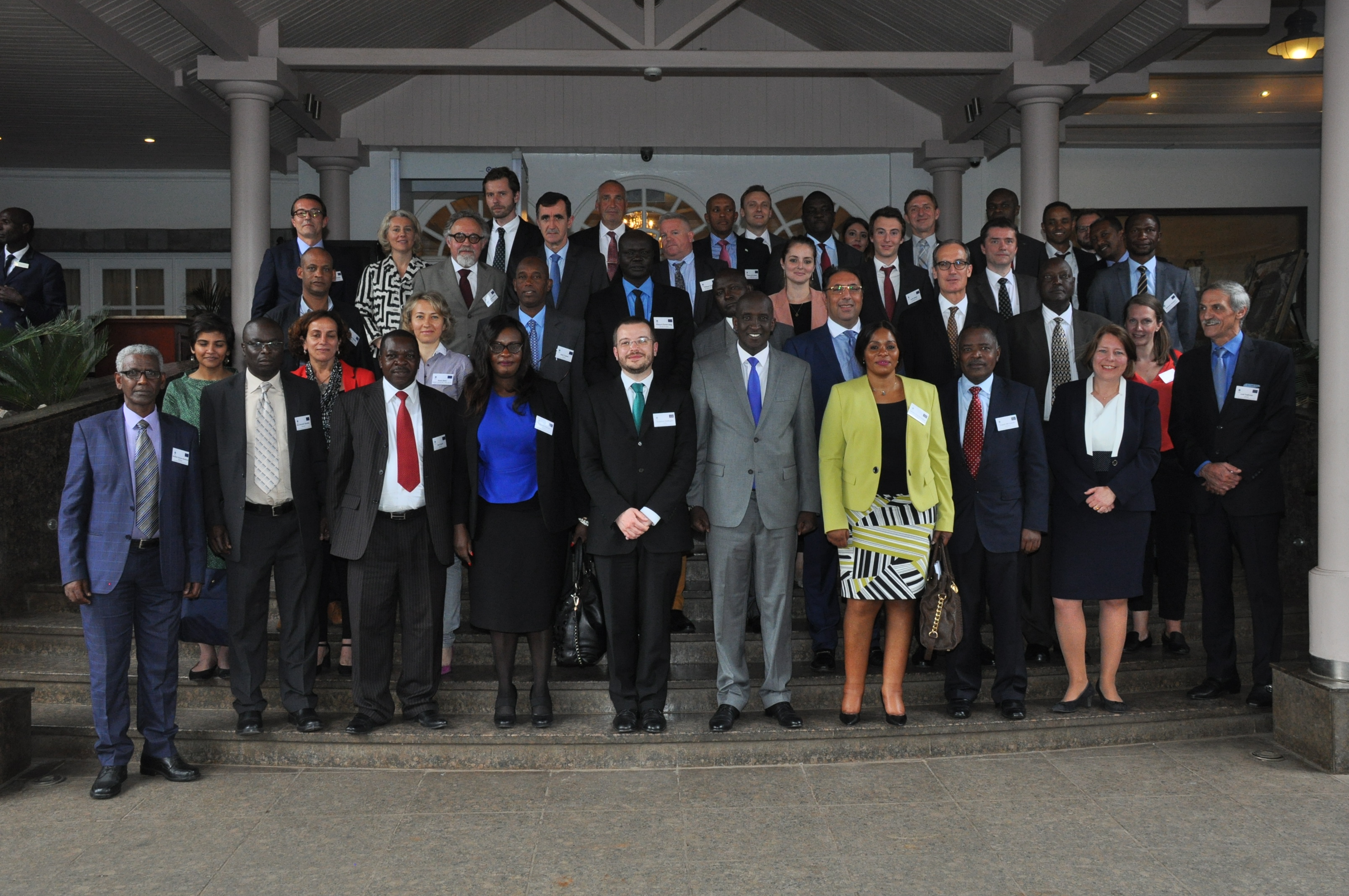 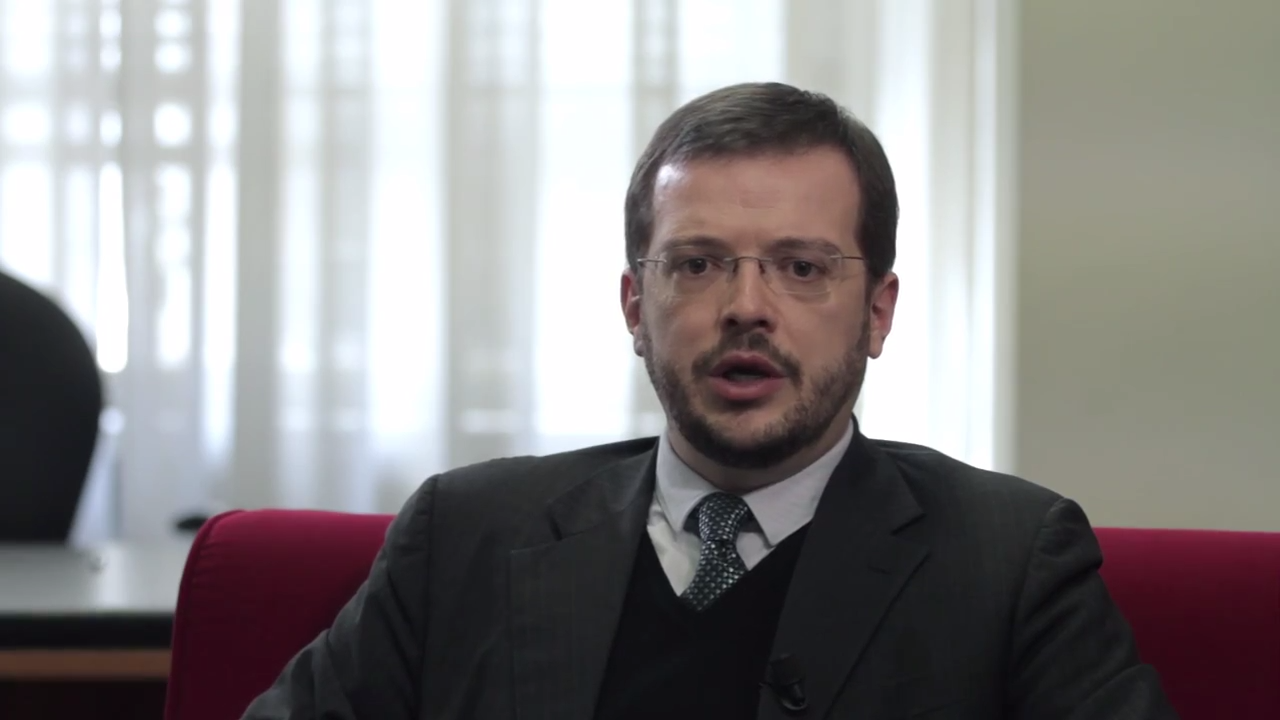 An introductory online training to the Joint Valletta Action Plan (JVAP) monitoring database will begin in February. This training is offered to all JVAP partners to help them easily and effectively use the JVAP monitoring database. It is essential to ensure the success of the next Valletta Senior Officials Meeting, in Addis Ababa - Ethiopia. If not already done, the Khartoum Focal Points are invited to nominate as soon as possible a Contact Point, supporting them in the data collection and entry process.

Nominations shall be submitted by latest 9th February to the JVAP team: This email address is being protected from spambots. You need JavaScript enabled to view it..

On 7th December 2017, Members of the Khartoum Process met in Rome, for the last Senior Officials' meeting of the year which solidified Ethiopia’s handover of its Chairmanship of the Process to Italy.

Italy made reference to the Rome Declaration, adopted at the Ministerial Conference in Rome in 2014, whereby the members of the Process agreed to assist participating states in tackling human trafficking and smuggling between the Horn of Africa and Europe. Three years later, those present again in Rome agreed on the need for an assessment of achievements to date, with a view to explore further paths of cooperation through a range of dedicated thematic meeting and trainings put forward as a rich programme for the year.

The new Chair also stressed the importance of regarding migration as a transnational phenomenon which as a result cannot be addressed by one state alone and therefore requires a high degree of coordination between the EU and AU as well as between European and African partner countries; both continents should work together towards common goals.

As well as a review of the Projects and initiatives under the Programme, the meeting more broadly looked to the preparation of the Joint Valletta Action Plan (JVAP) Senior Officials Meeting foreseen for the 2nd quarter of 2018. This meeting will, amongst other topic discussions, look concretely at the means of implementation of projects under the JVAP priority actions as its framework for follow up and review.